Whiskey’s Takes Root on the Ranch 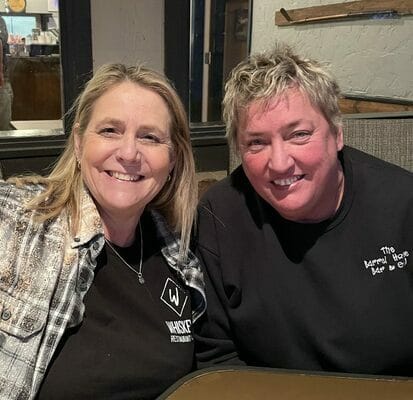 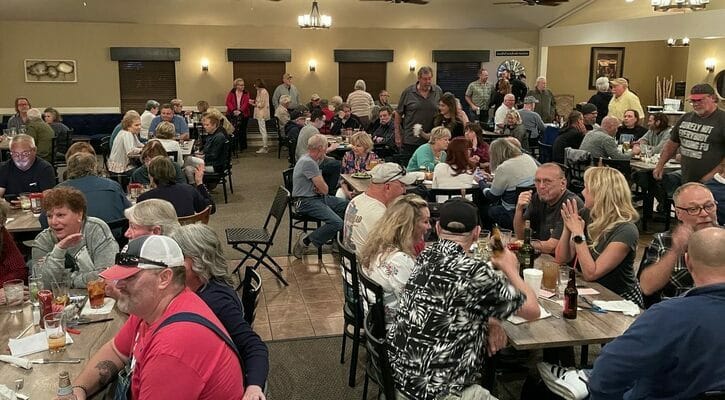 A packed night at Whiskey's on the Ranch 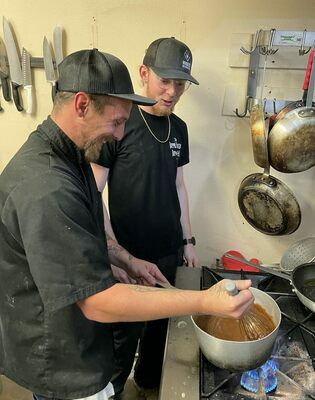 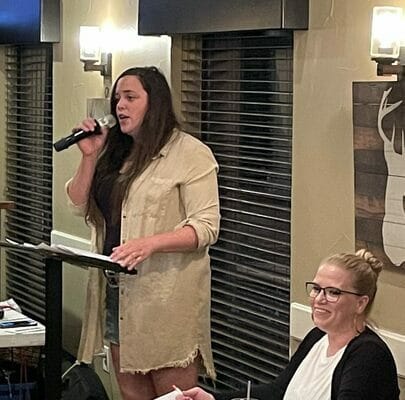 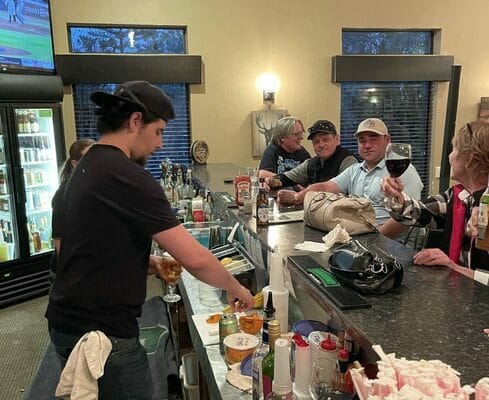 The seeds for Whiskey’s Bar and Grill at Holly Lake Ranch were planted in a vineyard near Winnsboro, where three enterprising young women produced the first alcohol in the area since the Great Prohibition.

Nancy and Susann Briggs, along with Susann’s twin sister, Susan Jones, processed grapes they had grown on their property as part of a wine club experiment. The year was 2003. The trio commuted to the vineyard on weekends from Plano, spending nights in a camper. They called their first bottle of red, “Derby.”

By 2006, their fledgling enterprise was sprouting shoots. Nancy and Susann moved to Pickton, after the parents of country-western singer, Miranda Lambert, contracted with them to produce a private label stock that the Lamberts still sell today.

But winemaking was only the start for Nancy and Susann. They also opened a restaurant and pub called LouViney’s, which they ran for eight years. Susann worked the kitchen, while Nancy managed the dining room and tended bar. The arrangement went so well, they had to sell the vineyard to Susan Jones in 2008 to focus on the restaurant, leaving Susan to carry on as the Lambert’s master vintner.

The Briggs then moved LouViney’s to Sulphur Springs, where it served patrons until 2014 before returning to Winnsboro. There, the restaurant did well enough to attract an investor, who bought LouViney’s that same year, sending Nancy and Susann back to work for the Lambert’s. Nancy oversaw distribution for the label. “It was difficult staying out of the restaurant business, which was Susann’s and my first love,” she said.

Their passion was no secret among Winnsboro restaurateurs. By 2017, the Briggs offered to buy out Monk’s Pizzeria on the Bowery.

“We bought everything but the building,” said Nancy, who opened the Barrel House in its place. “Our daughter, Navy, came up with the name,” she said. “She grew up in the business, stomping grapes for us hauled from our vineyard in a pull cart.”

But only six weeks after the grand opening, a fire next door shut them down for a month. “We learned fast how easy it is to lose your business when something out of your control happens nearby. It was devastating.”

Fortunately, Winnsboro is a close-knit community, and a friend came forward with a timely suggestion. An old warehouse on a three-acre lot down the street was up for sale, a perfect spot for a new facility. Nancy and Susann agreed, and they purchased the property, opening the new restaurant and closing it the same day because of COVID.

“We couldn’t catch a break,” said Nancy. “Everyone was in lockdown. So, we opened a drive-through, served the community on our patio and prepared meals for families in need.” None of the employees left.

“Everyone pulled together,” said Susann. “That was the beginning of our Barrel House family. Definitely a bonding experience.”

By the end of 2021, the lockdowns had ceased, and businesses were reopening. Susan Jones, who lives on Holly Lake Ranch, contacted her sister to announce that the HLR Board was seeking professional management to take over the Fore Seasons restaurant on the golf course property.

“We were familiar with the Ranch from our many visits to Susan’s house,” said Susann, “so we were immediately interested.” They signed the contract to take over the Fore Seasons in December of 2021 and moved onto the Ranch in February, renaming the restaurant Whiskey’s.

Opening night on Valentine’s Day drew a huge crowd, testing the staff right off. Saturday followed suit. Within a week, the Briggs added Sunday brunch to the calendar, and ever since, Whiskey’s has been a hit.

Nancy and Susann’s daughter, Navy, manages events, including birthday celebrations, anniversaries, rehearsal dinners, golf tournaments, and the always-packed trivia night, (every other Thursday) and karaoke night (every other Friday).

Lee Jones is the head chef. He started in the business 10 years ago as a sous chef at Dallas’ renowned Greenville Avenue Bar and Grill.

“I learned to cook watching my grandma fix beans and cornbread and the best banana pudding I ever ate, all from scratch,” Lee said. “Street tacos, gourmet meatloaf and rum cake are probably my most popular dishes.”

A random scan on a busy Thursday night fetches some choice comments from Whiskey’s happy patrons.

Fran Whitley brags about the Whiskey burger. “It’s my favorite. I order it every time.”

Woodye Kaye Rogers agrees. “The food is really good. Sunday brunch is my favorite. You get great service and fair prices. What else can you ask for?”

Tom Hunse says, “The happy energy of the staff shows in the quality of service you get. It makes for a great night out on the Ranch.”

And, as Terry Haney reminds, “The amenity pays for itself. I’m all for it.”

So, what’s next on the menu for Whiskey’s? Susann is hoping to expand the patio area to accommodate larger events. Sound baffling is planned for the walls and ceilings. New signage will soon be erected. The floors will be tiled for easier maintenance. And of course, there’s always a long list of menu surprises and specialty drinks to consider.

What started in a vineyard and traveled through Winnsboro has now branched out into HLR. Ask anyone who’s planted themselves at a table at Whiskey’s. The Ranch is rooting for Nancy and Susann Briggs.

The Making of a Volunteer Firefighter

The Legend of the Bluebonnet