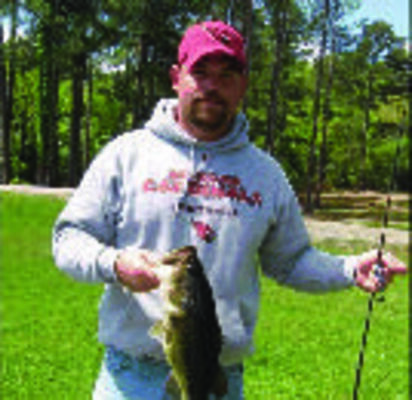 Big Sandy — Brian Fenwick, Jr, or BJ by those who loved him, was born on August 14, 1975, in Phoenix, AZ. He passed away in the early afternoon of Sunday,

September 18, 2022. Growing up BJ enjoyed playing sports in the backyard and getting into trouble. He often used his brothers, sister and friends as cannon balls that he launched across the living room. He liked to walk down the black top to fish at the river or build forts in the woods with friends. He entered and won several fishing tournaments and enjoyed spending time outdoors. In high school he loved to play football. In fact, that is probably the main reason he finished high school, because he had to show up to class in order to play. BJ also loved music and most notably, Elvis Presley. He would dye his hair jet black and style it just like Elvis, sideburns and all. He was a character that always liked playing pranks and hanging out with friends and family. Maybe it was his Elvis looks or his goofy demeanor that attracted his wife, Cindy. They met in high school and dated throughout his time in boot camp with the Army. BJ and Cindy were inseparable and were always hanging out togeth- er. His crazy love for her had him

riding into town on two flat tires or sheepishly begging his sister to pick her up or take him to be with her. They eventually married on June 22, 1996. He became a proud father of three boys. His

love for Cindy and his family only grew stronger over the years. He was an involved father who was always willing to help out his boys and taught them many

things. He enjoyed coaching his boys and their friends in little league football and baseball. He showed his devotion to his kids by attending school activities and

sharing his passion of woodworking and building by helping them create FFA projects. BJ supported his family by working man jobs throughout his life including Trinity, Lowe’s, various construction jobs, Fenwick’s Painting and most recently Woodmill. He worked hard to support his family, but always found time to watch his boys play football on

Friday nights. He was their biggest fan! As proud as he was of his boys, one of his proudest moments happened in September of

2020 when he became “Papaw” to his granddaughter Kinzlee. He loved her and always had a smile when he was around her. When

he wasn’t watching his boys on Fridays, or playing with Kinzlee, he loved to watch his Arizona Cardinals and Sun Devils when they were on tv. He loved his home state of Arizona, but loved his country even more. This was evident by his knowledge of the

US Presidents, their wives, and bounds of other personal information about them and other historical facts. He was an avid history buff, full of historical knowledge, and would often tell people random facts. In the eve- nings he was often found on his back porch sitting and listening to Trump and Mark Levin. Aside from being there for his family, he was always willing to help others and would often be there when others needed him. He was a loving father, brother, grandfather and friend to many. He will be missed by all and never forgotten. BJ is survived by his wife, Cindy, sons Colton, Jesse, and Trace, daughter-in-law Destiny, and granddaughter Kinzlee as well as his parents, a sister, brothers, uncles, aunts, and grandfather. He is preceded in death by his grand- mothers, grandfather, niece, father in-law, and uncle. Graveside services for BJ will be held on Saturday, September 24, 2022, at

2:00 pm at the Chilton Cemetery in Big Sandy. Prior to the graveside service, a visitation will be held at Croley Funeral Home in